I attended a friend’s poetry book launch last night, and on the bus home I read of the passing of William G Stewart, a former TV producer and presenter in the UK. He hosted a quiz show, 15-to-1, for many years, in a famously unfussy, non-demonstrative style. I found myself strangely moved by his death, and compelled to write a poem about it, perhaps because of how television – and quiz shows in particular – have changed in the last few years. To me, he is a lost link to a different time.

William Gladstone Stewart,
Or to me just William G;
A remnant from a bygone age
Of simpler TV.

No flannel between questions,
No inconsequential padding.
Just quizzing for the purist
Within a geography teacher’s cladding.

No cheesy catchphrase churned out,
No tearing people down.
A host with quiet dignity,
No need to play the clown.

You reached the final round
Scored the maximum throughout.
From fifteen, to one, your time is done;
Your lights have all gone out.

#1 –
Musing and mulling
The perfect combination…
But pen lies idle

#2 –
A nostalgic muse:
Remembering real pens
Rather than keyboards?

#3 –
Inspiration comes
With a change of perspective.
Pen tries to keep up!

Written for Ronovan’s weekly haiku challenge, with the prompts of “muse” and “pen”. Check the other entries out here: https://ronovanwrites.wordpress.com/2015/10/26/ronovanwrites-weekly-haiku-poetry-prompt-challenge-68-muse-pen/

I used to believe; now my well of faith is dry
I used to have a future, before the years went by.
I used to give the orders: now I do what I’m told.
The worst thing about getting old is… getting old.

I used to be a Red, but now my colour’s Green.
I used to be Easter: now I’m Halloween.
Life used to be just better. Regrets? I have a few.
Know that when you’re tested, be careful what you do.

I used to wear sharp suits: now I’m dressing down.
I used to be lost: but still I don’t feel found.
I used to be a big cheese. I’m now a Babybel.
I wonder about the choices that led to my own hell.

I used to be the many, but now I’m in the few.
I used to have the answers: now I wonder what to do.
I used to be. Now, not to be. A life unmade;
A belt unbuckled; a song unsung; a piano unplayed.

I used to play the king, but now I wear no crown.
I used to be an adverb; now I’m just a noun.
I used to have it all; then we had to part.
Everything changed in the blinking of a heart.

I used to tell tall tales, but time has changed a lot.
Should you believe a word of this? 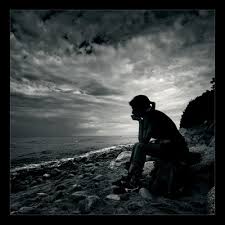